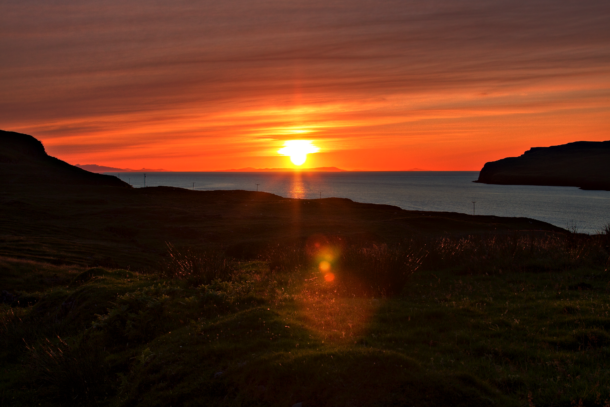 Today, I finished a 2 1/2 year stint at VitalConnect. While I am super-excited to be moving on to the next stage of my medical technology career, I’m sad to be leaving such an amazing company, full of amazing, talented people. Thankfully, I was given several weeks to finish things at VitalConnect and depart with a fond farewell.

However, as one who in the past has stepped down from a high position of leadership in a regrettably far less gracious manner, these past few weeks made me think about what a respectable transition and succession plan should look like. I believe that a mark of a great leader is not only what you accomplished during your tenure, but also the practices, culture, and values that endure within your organization long after you leave.

Ensure that your cup is empty

Pastor and leadership coach Andy Stanley uses the analogy of emptying one’s cup to explain that leaders need to ensure that all they know, all the knowledge and insight they have gained, must be passed along to other leaders coming along behind us. It’s also important to note and accept that we can’t completely fill everyone else’s cup; we simply don’t have the time and resources on our own to make sure that those taking over know absolutely everything, learn every skill, and feel 100% confident in their abilities. But we need to be sure that if there’s something we know about, someone else should know about it too.

Emptying your cup is a process that can, and should be done now. Even if you love your role and never see yourself leaving, be constantly thinking about what things would look like in your absence. New leaders should BEGIN their tenure with the END in mind.

The goal is that as you walk out the door toward your next adventure, you can say with a clear conscience, “I’ve passed along everything I know. There is no more to be said and no more to be done.”

In a day and age where layoffs and terminations seem like they’re basically part of our culture, many employees feel they are pretty much entitled to be outwardly bitter and possibly retaliate when dismissed from their job. I believe that no matter what the reason is for you leaving a job, never leave bitter. Leave on good, or at least civil terms with all you have worked with, under, and above. Even when it comes to respectfully shaking the hand of someone who didn’t particularly like you, you can depart with a clear conscience, knowing that you at least extended a gesture of peace.

Moreover, in the connected world we live in, there are truly no secrets. Word can easily spread about your bad reputation between seemingly completely unrelated connections, thanks to social media and the internet. Likewise, compliments can sometimes come from the most unlikely sources, so why not leave with as positive of a reputation as you can?

Be transparent and open (but be respectful)

I’ve never been a huge fan of leaders and coaches who, within a span of less than a day, will accept a new job offer, pack up their office (or assign an assistant to do so), and sneak out the back door, leaving their employees to wonder and only find out about his or her sudden exit from a company memo, or worse, the next day’s newspaper.

While there are certain circumstances that necessitate a sudden departure, as much as you can help it, make it known as soon as your transition is confirmed and allow as much time before you leave. You, of course, may need that time to form a succession plan, delegate your responsibilities, and tie up any loose ends.

If anything, a “two weeks notice” is an important time where you can reflect and share your successes. It’s a time to heap praise and thanksgiving on those you have worked with, share your good intentions for transitioning out, and be open to receiving feedback and answering questions. Even if you’re not leaving on the best of terms, I firmly believe that every experience, no matter how good or bad, short or long, has a role in our greater self-development, and this time can be used to reflect on this and at least try and depart on civil terms (see above).

Finally, your countdown to departure should be the time where you work your butt off like you’ve never worked before. There’s a huge temptation to become apathetic and lazy when you know your work soon won’t matter to you, but I think this is an opportunity to shine, to leave your mark, to make your workplace see that you will be missed and that things won’t be the same.